We pray that the blessing is in truth and that God’s grace manifest itself in reality and spirit. We invite you to experience and share God’s good news for us.

The Multi-Age class is for children 3 years to 6th grade. The curriculum used is Seasons of the Spirit. It follows the Lectionary and focuses on one of the scriptures for the lesson. All students use the same lesson and the teacher has related activities based on the age of each child.

This class is for youth after 6th grade. The curriculum used is Season of the Spirit. It follows the Lectionary and focuses on the scriptures for the lesson. All students use the same lesson and the teacher has age related activities.

Health and Healing is a class that encourages open discussion from our spiritual, physical, financial health and beyond. We choose books that are enlightening, encouraging and provide growth and knowledge about our faith as we move through our continuum of life. We provide support to each other, laugh a lot and voice our love for life and Christ Jesus. We welcome all who wish to join us.

Biblical discussions of current events in light of our shared experiences.

The Older Adult Bible class offers the opportunity to explore the Bible story and how it impacts and directs our daily living. The class explores the promise of how God’s love, joy, kindness, forgiveness, confidence, and hopefulness impacts our daily living. Our goal is to existentially re-appropriate the Word of God into your life.

This class consist of reading Scripture beginning at Genesis and going through the entire Bible. The Bible is discussed from a historical perspective and what it says to us today. 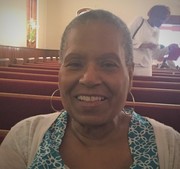 A very humorous and revealing story is told about a group of white people who were fed up with African Americans, so they joined together and wished themselves away. They passed through a deep dark tunnel and emerged in a twilight zone where there is an America without black people.

There were very few crops that flourished because the nation was built on a slave-supported system.

There were no cities with tall skyscrapers because Alexander Mils a black man invented the elevator, and without it, one finds great difficulty reaching higher floors.

Furthermore, one could not use the rapid transit system because its procurer was the electric trolley which was invented by another black man, Albert R. Robinson

Even if there were streets on which cars and a rapid transit system could operate, they were cluttered with paper because an African American, Charles Brooks, invented the street sweeper.

Even if Americans could write their letters, articles and books, they would not have been transported by mail because William Barry Invented the Postmarking and Canceling Machine; William Purveys invented the Hand Stamp and Philip Dowing invented the Letter Drop.

The lawns were brown and wilted because Joseph Smith invented the sprinkler and John Burr the lawn mower.

Their children met them at the door – barefooted, shabby, motley and unkempt. But what could one expect? Jan E. Matzelinger invented the Shoe Lasting Machine, Walter Sammoms invented the Comb, Sarah Boone invented the Ironing Board, and George T. Samon invented the Clothes Dryer.

Finally, they were resigned to at least have dinner amidst all this turmoil. But again, the food was spoiled because another black man, John Standard invented the refrigerator.

Now isn’t that something? What would this country be like without the contributions of Blacks, as African-Americans? Martin Luther King, Jr. said, “by the time we leave for work, millions of Americans have depended on the inventions from the minds of Blacks”.